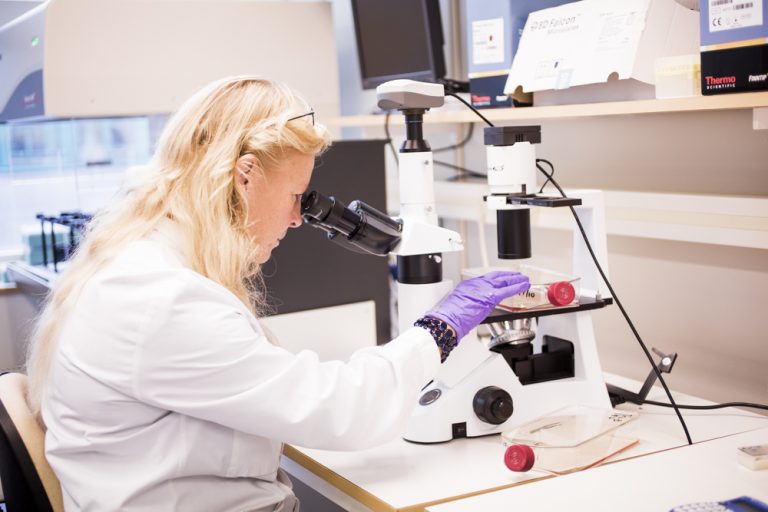 Alzheimer’s research today
The World Health Organization WHO classifies dementia as one of the world’s greatest health problems. Just over 47 million people are affected, and a new case is detected every three seconds. It is estimated that the number of dementia diseases in the world will have tripled up to 2050. This is partly since life expectancy has increased, and it is primarily the elderly who are affected.

The need for more research is enormous.
The researchers exist but not the money. Thanks to gifts and wills from private individuals and companies, the Alzheimer Foundation was able to distribute almost 30 million last year. Still, the money is not enough to be able to support all important projects that lie ahead. Despite the large dividend, the Alzheimer Fund could only grant about 19 percent of the funds applied for. The researchers are there but there is still a lot of money missing.

The Scientific Council
The selection among the researchers’ applications is made by our Scientific Council, which grants and examines the potential of each project. The Council consists of professors and lecturers with long experience of dementia and neuroscience. Most recently, grants were granted to 60 individual researchers at various universities.

The patient benefit in focus
The Alzheimer’s Foundation supports all types of research on Alzheimer’s disease and other dementia diseases. Applications for grants are assessed according to scientific quality. The goal of the Council’s work is to get maximum dividends on the research money for affected patients and their relatives. We also encourage collaboration between researchers at different universities.

Research for inhibiting drugs
With the support of the Alzheimer Foundation, well-functioning diagnostic tests have been developed. What is still missing is inhibiting drugs that can stop the development of Alzheimer´s. The goal of the Alzheimer’s Fund is to be an important research financier in this work. In the absence of effective medicines, it is also important to research the best preventive measures for Alzheimer’s disease.